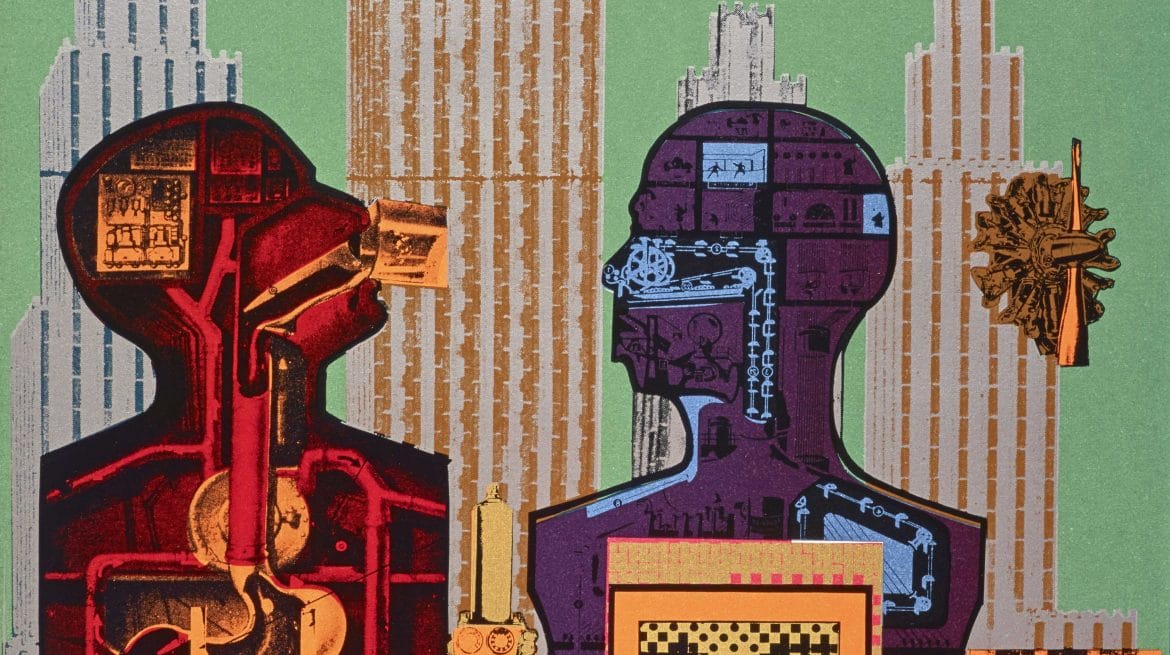 Your lawn guy says the bark bugs that are all over your trees like a cheap suit are twice as big as they should be and the Japanese Maple they are getting fat off of is a listening post for the Kremlin. Time to reach for some London dry gin and tonic water and relax to the southing sounds of what’s really happening.

Episode 10 of the Suburban Dance Radio show on 92.5 KOWS FM Santa Rosa, California. Airs every Tuesday at 8pm Pacific time. We are now a weekly experience. Keep it locked.

Featured art by Eduardo Paolozzi, friend and collaborator with JG Ballard who somehow shaped the theme of this episode. OK. He shapes all the episodes. Thanks to Bob Lukomski who pushed that theme over the edge this time.

Many books added to the Wow Cool shop over the wee