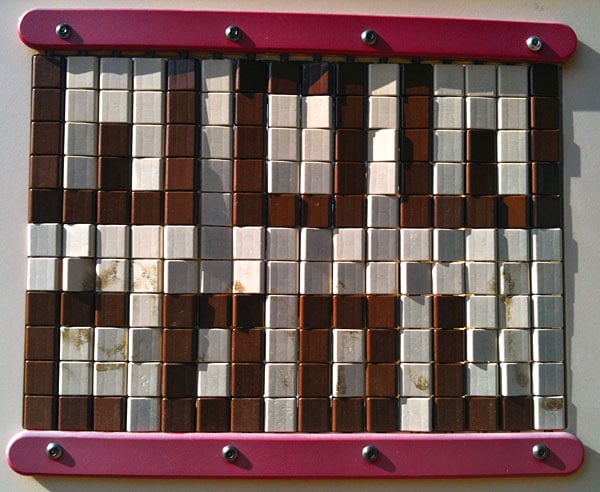 Hello,
I wanted to introduce or re-introduce myself and Wow Cool to you. I don’t find that an easy thing to do. Wow Cool has had a long and varied history since it was founded by myself and the cartoonists Tom Hart and Sam Henderson in a Manhattan dorm room in 1988.

It all started with School of Visual Arts off-campus publication Tuna Casserole, which was edited by the three of us, and featured many of the young artists that were around New York in the late eighties, and many others… known and unknown. Tuna Casserole published art by illustrator Jose Ortega, political cartoonists Zapiro and Seth Tobocman, Funny Garbage founders Peter Girardi and Chris Cappuozzo, Children’s book illustrator Michael Rex, Gary Panter, Mark Martin, Paul Mavrides, Michael Kupperman, and San Francisco bike courier art legend Chris Hsiang.

When I was first at the School of Visual Arts in the mid-late 80s, I was pretty much directly there because of the inspiration of Art Spiegelman and Françoise Mouly’s RAW Magazine. I first discovered RAW on a trip to Boston in the eighth grade and it totally changed my way of thinking about art and comics. From the design and general sensibility of it, to the content – the work of each artist, the self-published aspect of it, and a bit by the sense that this had come out of the culture at SVA and in the post-underground comics world. The same school had produced many of the Mad Magazine/EC Comics artists in the 50s. That tradition has continued with the more recent generations to pass through SVA, possibly most visibly with the Meathaus crew.

I got to SVA in Fall 1986 and it was a bit different from what I expected. I enrolled in the comic art program but soon switched to fine art. I’m glad I had my experience in the comics program there. I got to meet and study with my big idol – Harvey Kurtzman, the creator of Mad Magazine. He is now considered one of the great American satirists of the 20th Century and a bigger influence on cultural and social change in the later half of that century then possibly anyone else. Sounds weird, right? But, hey, Mad had a lot of readers. He also worked with alot of very influential people very early on in their careers, including Gloria Steinem, Terry Gilliam and Robert Crumb.

There were several other just incredible members of the faculty there that I learned alot from: David Sandlin, Jerry Moriarty, Joe Orlando, Marshall Arisman, Marilyn Minter… too many to name. Very solid group there. I think the whole experience of going there and working alongside people who were legends in their respective fields emboldened me to track down artists whose work I like and just call them up and ask to visit them in their studios or homes. No one ever said no.

The real kickstarters for me were fellow students and other young artists in New York at that time who introduced me to whole new worlds. Sam Henderson, who I started Wow Cool with, had been doing self published xeroxed minicomics for years. It was, like, wow! you can just go down to the copy shop on 13th Street and make copies of you work and, meanwhile, there is this whole network of other people doing that too that you can connect with. So, despite years of contributing to fanzines, his work and that whole small press network was really a revelation to me. Go figure. Through Chris Hsiang (who was from East Palo Alto and was, later on, the illustrator to the bike messenger zine Mercury Rising, who went to SVA for one year) I was first introduced to a massive body of work… too much to mention… also how to eat cheap but healthy on not just ramen, but the other stuff you can stir fry with it and get cheap in Chinatown. Austin, Texas based photographer Denise Prince introduced me to the works of William Gibson and J. G. Ballard. The list could go on and on. I’d never noticed Edward Gorey before college. I did a radio show with different people either co-hosting or loaning me records and discovered incredible sounds that people were so passionate about that I had no clue of. Much harder back then to get a taste, or a full download of, anything you like. Without that I would know little of Swell  Maps, Eugene Chadbourne or Frank Zappa and the Mothers of Invention album Absolutely Free.

In the meanwhile I started to get the same inspiration of DIY goodness from much that was going on with hip hop. My mother worked in an office with a late night soul DJ who would pass on the records that he wasn’t spinning to me. I got mad amounts of Tamla/Motown and Buddha 7 inch singles and all sorts of Island records releases like Bob Marley’s Uprising LP. I also got all the early Def Jam records when they came out, including the first releases by Public Enemy and many now forgotten acts like Original Concept. It was pretty amazing in those just prior to Yo MTV Raps days to be able to go to a show in the basement of Hunter College and see Queen Latifa rap with no stage. Just on the floor with her DJ, surrounded by people, and meanwhile there were other acts elsewhere in the building. Most of them forgotten now. Introductions by Cool DJ Red Alert, of course. I met Steven Cerio when he was working at the counter at music poster emporium and gallery Psychedelic Solution and he was directly responsible for many projects taking off from Wow Cool. Wow Cool turned into something more than a small-press comic publishing project when Steve came up to me at a gallery opening and asked if Wow Cool would publish a book and tape set he’d created with Alex Ross (not the superhero artist and not the New Yorker writer… as far as we know) Suddenly we were a record label. OK a tape label. Within the next year I had joined the art/video/performance/music group Brown Cuts Neighbors and had released a half dozen cassettes and my first seven inch record. Jump to 1992. I’d moved to Northampton, Mass. to work as a designer and editor for Kevin Eastman’s Tundra Publishing and was sharing a studio with Al Columbia. I was very fortunate to work on book projects with Michael Kaluta and Neil Gaiman and so many other talented people. I was at Comic Con that year under my own steam. Ed Brubaker–then, a budding cartoonist–introduced me to Joshua Petrin, the zine buyer for Rory Root’s Comic Relief. Wow Cool suddenly grew a new head and a new business model. It’s first, really. In February 1993 Wow Cool officially moved to the Bay Area and became a distributor, publisher and mail order house for mini comix, punk zines and all other manner of DIY ephemera. It was the time of the great zine explosion; as seen on CNN, the New York Times, Sassy and elsewhere. And we were the guys to go to for Cometbus, Dishwwasher, Scam, Optic Nerve, Simon Gane’s Arnie, Doris, Too Much Coffee Man, minicomics by Jim Woodring and Scott McCloud and hundreds of other stapled pieces of xeroxed paper. In this peak period Wow Cool published it’s first ‘proper comics’, including Sam Henderson’s Oh That Monroe, Scott McCloud’s Five Little Comics and Steven Cerio’s PIE. There was also a program that we launched with a long lost major comic book distributor to distribute small press comics and zines to the direct market. These releases included a controversial minicomic by Danny Hellman and some very early work by the hyper-talented David D’Andrea.

Somewhere in there, when things got really tight, I became art director for Fantagraphics and spent 17 wet months in Seattle. I art directed Kim Thompson’s Zero Zero anthology, color separated many Dan Clowes and Chris Ware projects and finished out my stay by co-editing and designing Robert Williams’ Malicious Resplendence book and the last four volumes in the Vaughn Bodé Library. Not too bad.

And then at some point in the late ’90s, back in Oakland, after a few shakeups we managed to get through, the warehouse flooded (twice), I got beaten up a block from our warehouse, a good friend got mugged right outside the warehouse, my bike got stolen and I had had enough. I tore off back to the east coast and didn’t think seriously about Wow Cool again for a few years.

I reconnected with Steven Cerio and Brown Cuts Neighbors and spent five years concentrating on making music and video. Focus shifted from Wow Cool, the publisher, to DeptEx–The Department of Experimental Services–a multimedia collective that had grown around the people in Brown Cuts Neighbors in Schenectady, New York. We produced dozens of television shows, played scores of unique gigs and reached our most productive creative height since the early explosion of output in 1990.

On that day, I was told that James Kopta, one of the prime movers in Wow Cool, DeptEx, Brown Cuts Neighbors and so much more, had died in a tragic drowning accident. The same week that we had received copies of our latest work, a Screamers tribute compilation on which we covered “I am A Mensch”. It was time to move on again. I could not face continuing with any of it in New York. I moved to Tennessee, became the art director for martial arts equipment manufacturer Tiger Claw, and eventually realized that Wow Cool was going to have to come back. After years of part-time, late night and weekend preparation, and a year of full-time work, Wow Cool was ready to be reborn in the later part of 2010. Most of the old gang is here… the artists and musicians that have been at the heart of whatever this movement is. Most of them from upstate New York, a few, like Bath, England’s Simon Gane, from a bit farther away.

So, here we are. We have a lot to share with you.

A partial list of releases by Wow Cool is available on this site.

(this page is a work in progress)
Massively updated the early parts on August 14, 2011.

This site uses Akismet to reduce spam. Learn how your comment data is processed.