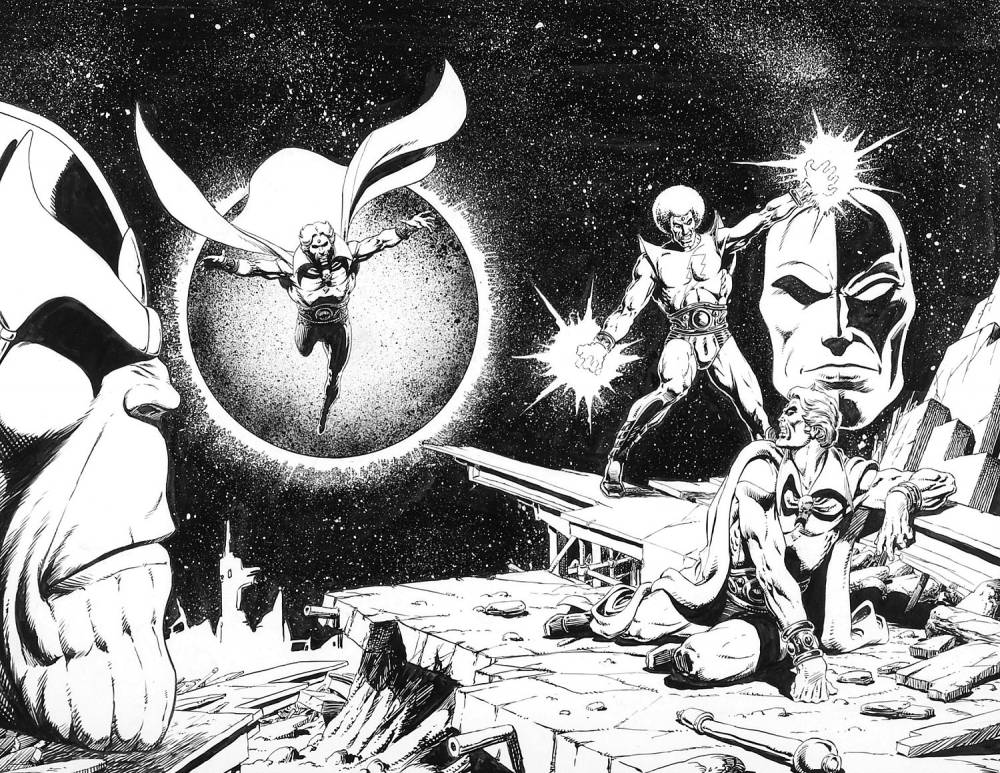 Jim Starlin started his career in comics in the early 1970s, he is best known for “cosmic” tales and space opera; for revamping the Marvel Comics characters Captain Marvel and Adam Warlock; and for creating or co-creating the Marvel characters Thanos, Drax the Destroyer, Gamora and Shang-Chi, Master of Kung Fu. Later, for DC Comics, he drew many of their iconic characters, including some classic Superman, Green Lantern and Legion of Super Heroes issues. For Epic Illustrated he created his own character, Dreadstar. He may have gotten on your radar recently for his role in creating many of the characters and situations that came to the big screen in Marvel’s Avengers: Infinity War and the decade of films leading up to it. He’s also had a pretty high-profile series of disputes with Marvel over the published Thanos stories, which he has just recently come back to for what is promised to be his final work on the character and for the company, with artist Alan Davis (Miracleman, Excalibur) along for the ride. 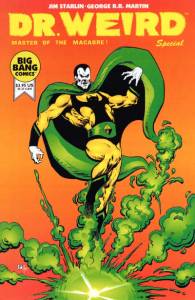 Starlin started drawing comics as an enlisted Naval Aviation Photographer in the Vietnam War era. His very first known published comics work was in 1970 in the debut issue of Dr. Weird, which featured two stories written by Game of Thrones creator George R. R. Martin. All of Starlin’s Dr. Weird stories were collected in the 1990s by Big Bang Comics. For Dr. Weird’s publisher Texas Trio he also created half of The Eagle #1 in 1971, splitting the book with pioneering African-American cartoonist Grass Green. He racked up a few small assignments and assists for various DC, Marvel and small press titles until late 1972/early 1973, when his career kicked into high gear at Marvel Comics and his style rapidly developed in the public eye on the Captain Marvel series.

It all got going with the much sought after Iron Man #55, cover-dated February 1973, which featured the first appearances of the mad titan Thanos and Drax the Destroyer. It is not widely known how epically huge the turds of comic book Drax were, nor how sensitive his nipples may have been. Starlin has mentioned many times how pleased he is with the screen adaptations of his creations, so… draw your own conclusions on these matters. With a cover price of 20 cents, this might be a less-obvious time machine grab for a quick return, if you have that sort of technology. If you can find it at all, even a beat up old rolled in your back pocket copy will sell for several hundred dollars. We don’t have one either at the moment. But there is plenty more Starlin and Thanos to explore, not least of all his epic runs on Captain Marvel, Warlock and the Infinity Gauntlet graphic novel that is one of the bigger influences on the Avengers: Infinity War movie that opens this week. 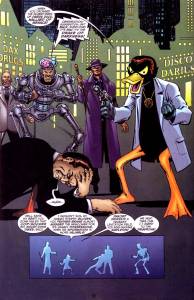 We got intrigued at Wow Cool HQ in Silicon Valley at some of Jim Starlin’s lesser known works, which include some undeservedly neglected gems and some truly strange coincidences as well as at least one notorious mistreatment of a comic book character that some would call cruel… if it were any character other than Robin. There’s work with frequent collaborators Steve Englehart and Steve Leialoha; a curious collaboration with Howard Chaykin that explains why Nick Fury looks so good so many years after the days of the Howling Commandos; A guest back-up spot by Bernie Wrightson; and, you won’t want to miss Starlin’s collaboration with Alan Moore on Supreme: The Return #2 (pictured at left) for the short-lived Awesome Comics line.

So, go get some Starlin and see where all this Infinity business started. You can also trace a long stride of footprints in the history of indie and creator-owned comics publishing that covers nearly 50 years and includes many significant alternative comics publishers.