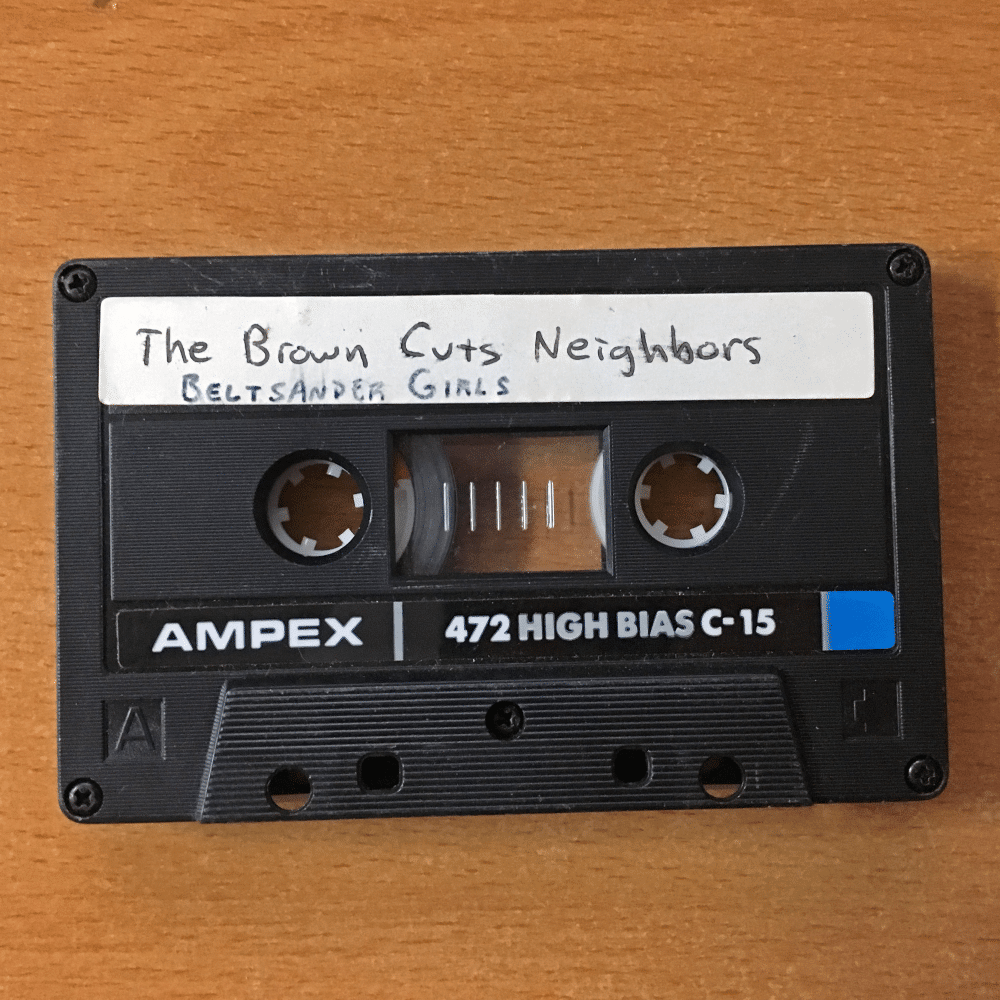 The Brown Cuts Neighbors has a long and strange history from its founding in 1980 by the pre-double digit siblings Jason and Colleen Martin, through it’s transformation into a proper band in the late 80s—when James Kopta joined up with Jason Martin—through journeys into television, performance, art installations, high-end men’s ware and more, up to the tragic end in 2002 with the accidental death of Kopta.

The rock band period is bookended by two little-heard recordings that are unique in being the only ones that solely feature Martin and Kopta. The as-yet-to-be properly released Gubble record from the late 90s and the first recording by the two, 1989’s Beltsander Girls.

In 1989 Jim Kopta (age 17) and Jason Martin (age16) were unquestionably the most advanced musicians at Niskayuna High School. They played in a variety of the usual high school groups previously and then joined together to do something totally different. A new four track provided the juice, but the initiative and results are remarkable no matter what the circumstances. They made maybe 10 copies of the tape. Few people heard it then or since. The follow-up ‘Plasm Spoon’ was better distributed and had a full band and some far-out content, but it wore its influences on it’s J-card. The following releases Two Heads Are Better Than Yours, Squid Old Marking and the debut 7″ EP Broken Down Like A Bean, released over the course of the following year on Wow Cool were totally new territory with more hits than misses. The 7″ in particular gaining wide fame and serious college radio play.

In other news. Wow Cool has finally launched its own proper YouTube channel and our first major contribution to that is a mega playlist of Brown Cuts Neighbors and friends music and videos. Look for this to expand rapidly. And yes, The Place Beyond the Pines has a very close connection to BCN. What a world! Enjoy.