Love Without Sound – The Death of Recorded Music

This has been an interesting new year… hell, an interesting week – for me, certainly – but also for the music industry. It’s possible some other things and people were affected by various other events as well. You know… maybe. Let’s see… Wow Cool turned 25, Alternative Comics will celebrate its 20th anniversary later this year, we started to move into additional space at the Wow Cool/Alternative Comics offices last Sunday – we’re on two floors now, I became the principal of an alternative school today (hey, shit happens), we signed a couple fairly big deal contracts that I’m sure you’ll hear about soon, Wow Cool returned to regular wholesale operations with a modest offering (a much larger one is due in April), and, in a fit of insanity I actually committed to drawing a new comic project. What follows is a seemingly random selection of links and thoughts on recent events that I’ve tried to connect as cleverly as James Burke.

This all started with a visit to the music page on the Danger Man website. Hosted there is an amazing assortment of songs featured in, or related to the 1960s British spy series Danger Man (AKA Secret Agent) starring Patrick McGoohan. Mio Amore Sta Lontano, High Wire, It’s a Lie and the unused version of the Prisoner theme by the Ron Grainer Orchestra are all under-heard classics. It’s a playlist you can easily leave on a loop all day. 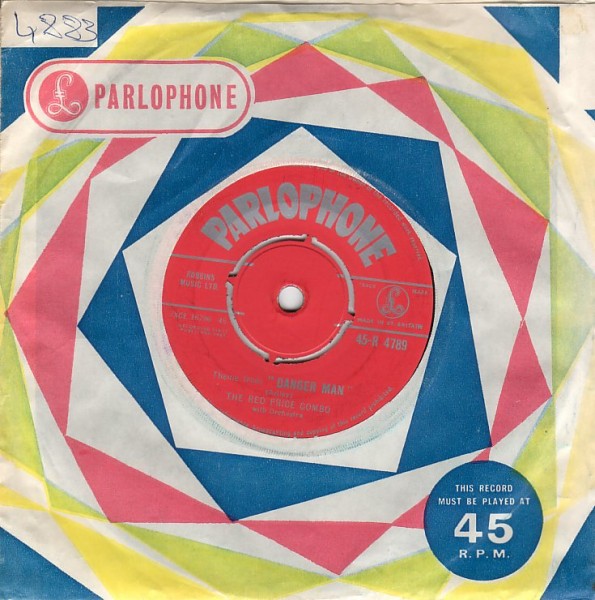 A couple of those Danger Man songs were released on the HMV (His Majesty’s Voice) label; the home of the Nipper… in the UK, at least. The UK retail behemoth HMV went into receivership earlier this week (you know, like bankruptcy). A little more background on their long history here. 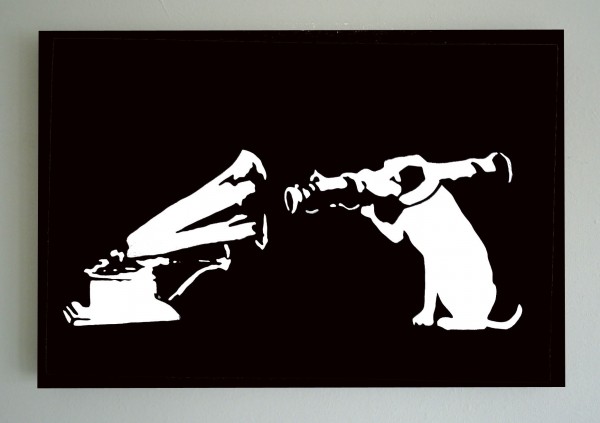 Closer to (our) home, San Jose’s long running and most awesome of all record stores ever Big Al’s Record Barn will soon be shutting it’s doors – just one of many local businesses in an old building that is scheduled to be torn down to be replaced with more condos and strip malls. Dan Vado’s SLG headquarters on Mission Street is also slated for the wrecker’s ball, but they have found a new home in the rapidly growing Alameda district.

In other comics-land transitional news, the long-running Comics Buyers Guide is ceasing publication after a 42 year run. If I can dig up the necessary files and back issues, I will be posting a couple things from my few contributions to CBG here soon.

I doubt that Bill Drummond is dancing on tabletops in glee over all this sudden shortage of retail space for physical units of recorded music, but it’s safe to say he wouldn’t be surprised by it. OK. Who is? Nonetheless, he had his own fun (I think I mean pissing) in the modern music distribution swimming pool (sorry, I mean cloud. It’s cloud now, right? Oh well, there goes all that…) Just over 20 years ago, his group the KLF – at the height of pop music success – suddenly deleted their entire catalog of music. In the last few hours these tunes suddenly appeared for sale digitally, only to be removed shortly after.

I’m still absorbing all this. I would have missed some of it if I hadn’t heard this recent interview with Brian Eno on BBC’s 6Music. I do know that Drummond’s 17 and 45 are on my short list of books to read soon. The 17 also has its own web site and a tour that is coming to the US in March.

In the meanwhile, one of the greatest punk albums… certainly one of the best sequenced albums ever, is available to listen to in its entirety (plus bonus tracks) on the YouTube.

Is it the end of all things? Have you heard the news? Do you hear that sound? It’s catching up….