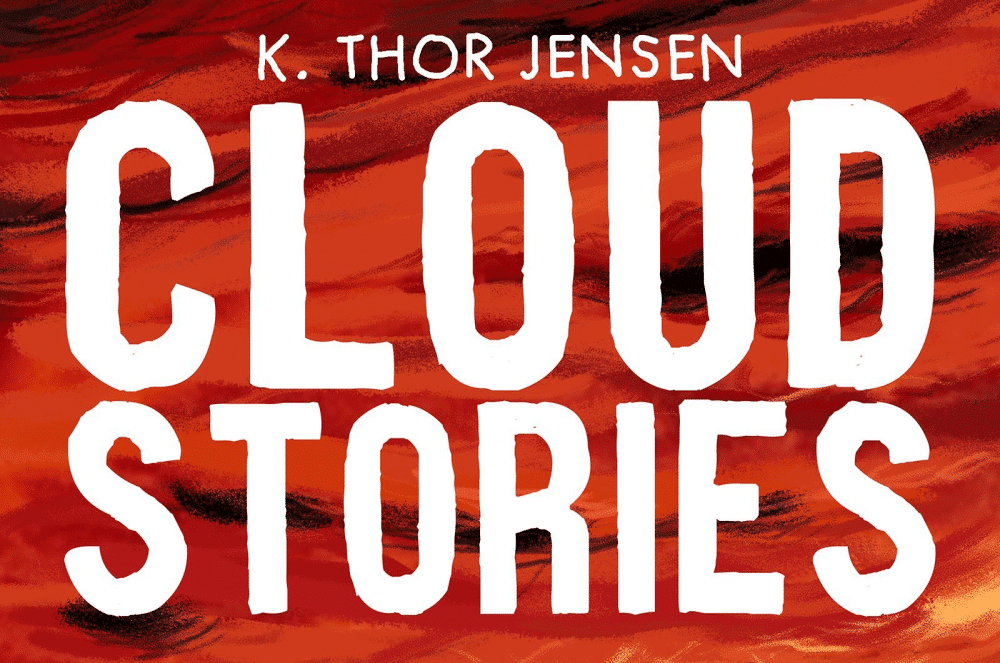 If Red Eye, Black Eye was K. Thor Jensen’s version of a comics senior thesis, then his short story collection Cloud Stories was his PhD. dissertation. The former had all that young cartoonist energy, for good and ill, especially as a work of autobiography. There were plenty of times where it felt like he was just trying too hard to make something interesting happen instead of finding ways to make each moment feel important. This was something he realized by the end of the story, but it did make much of the narrative feel forced. Cloud Stories, on the other hand, sees Jensen stretch his creative muscles by challenging himself to work in a number of different styles. By cycling through these difference approaches and influences, one could see him start to develop his own personal style.

“A Brief History of Clouds” ties together the other stories with a bold, naturalistic style that still allowed for some unusual stylistic choices. It’s a recapitulation of the wide variety of visual approaches seen in the book. “Some Days” uses a basic figure (not unlike a Ziggy) getting rained on by his own personal raincloud. “The House In The Night” is a horror story about a child growing up in a house with evil cloud of smoke, paralyzing him until he’d pass out, with no traces in the morning. “Sara” is a deliberate John Porcellino pastiche, down to the pointy noses, squiggly hair and signoff. “Vape” is a gritty, visceral, science-fiction/caper story. This kind of variety was almost dizzying, and I think this was a deliberate effect to start the book off. Jensen was looking to show readers that the contents of the book would be unpredictable. 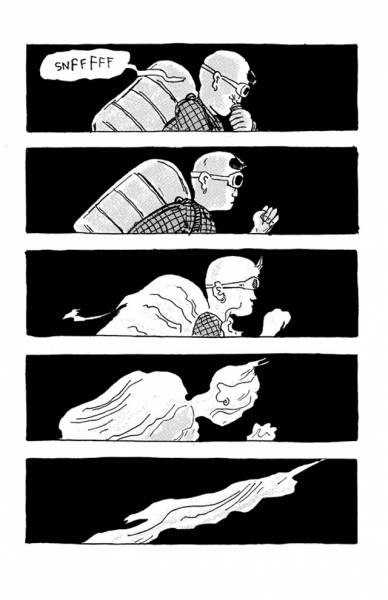 “The Smoke Runner” is one of the longer stories in the book, another science-fiction story about a messenger system where the “runner” could turn into smoke and easily move quickly. An especially big job goes awry in unexpected and horrible ways. Jensen didn’t quite have the chops to pull this one off. Some of the figures looked ragged in a way that did not look deliberate, for example. On the other hand, the roughness was appealing in his Marvel superhero pastiche, “Double Zero”. Jensen nails the patter, the college student-angst and the weird Jack Kirby monster villain archetype. The story also has a bizarre and unexpected ending. 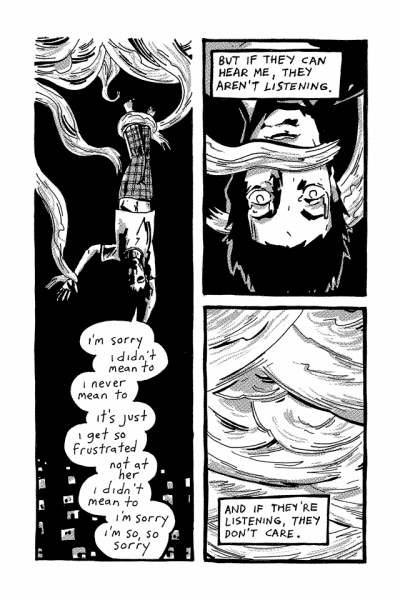 “Seeds” looks a bit like a Farel Dalrymple pastiche, but it’s about someone taking hallucinogenic morning glory seeds with their parents. It’s a fascinating account of psychedelic logic, extreme hallucinations, a devastating internal and external critique of the world, and the way in which the concept of communication can seem so impossible and absurd at an existential level. “The Oil” is another conceptual horror story, which is about a man who starts spouting a mysterious oil that eventually consumes him and spreads to others. It’s especially disturbing because the audience is unsure whom to root for, until the very end of the story when it becomes truly clear what’s at stake. “Jubilation” looks like it’s done in charcoal, giving it a blotchy style ala Craig Thompson or Blutch.

The best story in the collection is “KSOFM”, a meta-fantasy about a silent warrior conquering various monsters as he ascends a mountain to encounter a huge, wisecracking creature who declares himself “King Shit of this particular Fuck Mountain”. The creature spends the rest of the story deconstructing the entire fantasy quest genre as he takes the annoying hero back to his home. Here, Jensen’s art is more than up to the task of creating a gritty, atmospheric and vivid adventure story. This was crucial because the audience needed to be part of the narrative, and if the art wasn’t up to snuff, they’d be taken out of the story. This story matched Jensen’s usual conceptual cleverness with the chops to carry out that premise and the pacing to make the whole thing work. The book itself showed that he’s capable of doing any kind of story and that he’s ready to tackle a longer narrative. 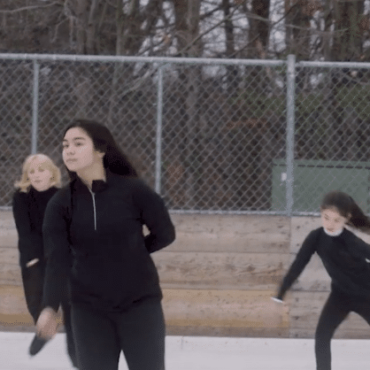 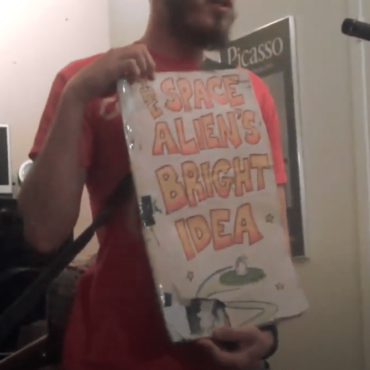 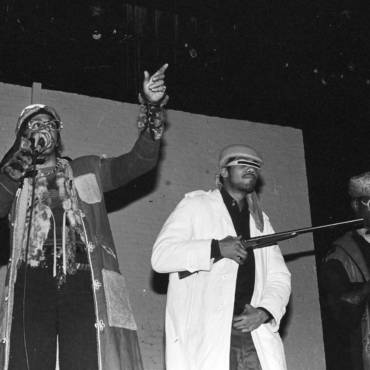