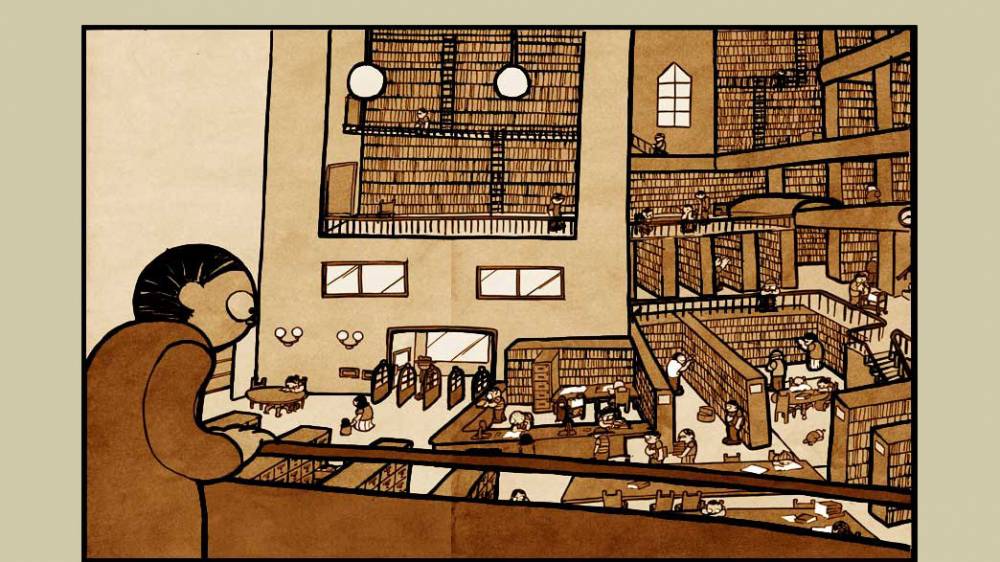 One reason why I love comics is that I occasionally run into a creator producing art that would only work as comics. I prefer not to use reductive terms like “pure cartooning”, but I have a great appreciation for many artists who rethink this idea of making marks on paper for a narrative intent and come up with different angles. One such artist is Jason Shiga, an artist who simultaneously manages to have a cult following in the world of comics and a broad following in the larger culture. He’s been contributing his odd choose-your-own-adventure comics to Nickelodeon magazine for some time, and his twisted sense of humor has been perfect for that venue. He’s also crafted a series of minis, collections and odd art objects that elicit nothing less than sheer delight.

Shiga has a degree in math and works as a librarian in his day job. Coming from that point of view, he views comics and storytelling quite differently than most artists. At the same time, that point of view is in tune with what all great gagsmiths and storytellers must do in creating a narrative: state a premise or problem and then go through the process of solving it. If Shiga reminds me of anyone, it’s Lewis Trondheim, whose intuitive approach in boiling down conflicts in pursuit of a gag always leads to satisfying and sometimes unexpected conclusions. Shiga’s approach appears to be more studied, but the mechanics of his process drop out on the page thanks to his absurd (and often surprisingly dark) sense of humor.

Shiga’s created comics that are visual palindromes, complicated (and violent) choose-your-own-adventure comics, and comics that are problems that have to be solved. In his longer-form work, Shiga displays his facility for writing taut, tense stories that use genre trappings for unexpected results. Double Happiness is about an Asian man who grew up in a mostly caucasian community. When he goes to live in an Asian community, he feels equally out of place. This comic isn’t about teaching some kind of lesson in identity or acceptance—it takes several sharp and shockingly violent turns to an ending that is unsettling. Fleep begins with an incredible premise—a man wakes with no memory, finding himself trapped in a phone booth that’s been covered in cement—and it works as a sort of logic problem, as the man uses his possessions to try and find a way out. His ultimate identity is the kind of twist that was there all along but was cleverly hidden from the reader.

Shiga’s art is simultaneously utilitarian and idiosyncratic. He uses crude, blob-like figures that somehow manage to capture emotion and expression with great sensitivity. The way these cute figures provide a counterpoint to the sometimes savage violence seen in his stories makes reading his comics all the more jarring. The cuteness of his figures is always played straight, however, and they usually fade into the background of one’s mind as the reader gets involved with the story. 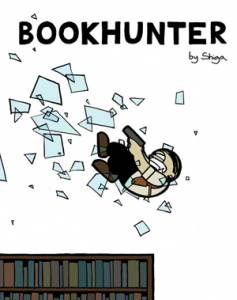 His latest comic, Bookhunter, is perhaps his most ambitious integration of image, figure and story. The plot of the book is simple: it’s a police procedural about a stolen book and the team that tries to track down both book and thief. It’s the details of the story and the variables that Shiga alters that make this one of the best comics of 2007.

First, the book is set in 1973 Oakland. Shiga is clearly inspired by the look and feel of 70’s cop pictures, and the sepia tones he uses throughout the book are meant to invoke that era. With the look and feel of the book established for the audience, Shiga changes just one variable that turns out to be a major curveball: the existence of the Library Police. That is, an entire branch of the police force dedicated to tracking down rare book thieves and the tomes they plunder. This team at times must use SWAT-team tactics but also employs high-tech (for 1973) forensic science and the latest in technology. Despite the ridiculousness of this premise, Shiga plays it straight as the library police goes through its detailed and painstaking process of trying to figure out who committed the crime.

Shiga ups the ante by making the theft “three concentric locked-room mysteries”, tackled by Agent Bay and his team. Shiga takes obvious delight in constructing the mystery, having a team attack it and  cracking it through equal parts hard work and luck, and do it with technological limitations that would be unthinkable today. As a librarian, it would seem that Shiga would be quite well-versed in the history of library science and security, and so when thinking about how this crime could be committed, ran through all of the possibilities in his head. Whether or not he was an expert in early-70’s library security protocols, his authorial voice is so confident that it’s not important.

The tropes found in 70’s cop movies are touched on here, mostly as a way to add tension and dynamism to the story. The book begins with a sort of mini-feature of another case that Agent Bay and his team were solving, and ends with a spectacular and hilarious act of violence that immediately sucks the reader in. From there, we move on to the main story, starting with Bay and his team speeding to the scene of the crime. The team investigates the crime scene, analyzes evidence, finds clues, and begins to understand that this may have been the perfect crime. The relentless Bay pushes his team, follows hunches and long-shots, and uses every resource available to him (including a primitive internet). The search for the thief resolves in spectacular fashion, and Shiga’s art once again adds a touch of the absurd to the proceedings even when they are played straight. Shiga then adds an additional twist and climax that make this an enormously satisfying read. 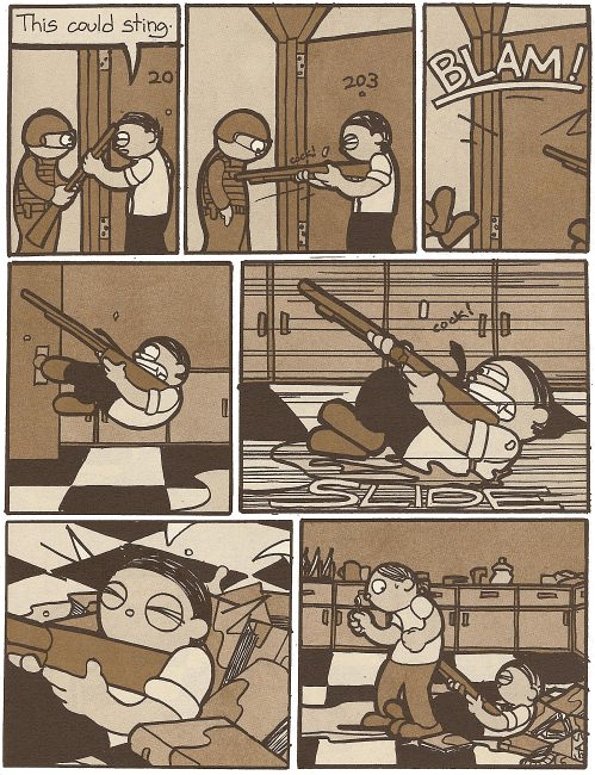 The simplicity of Shiga’s style doesn’t obscure the spectacular quality of his composition. Cinema is both an inspiration and an object of parody, like in the mute scene near the beginning of the story where Bay observes a day in the life of the library. He’s asking questions, but Shiga leaves out the dialogue, almost like a camera wanting the viewer to concentrate on the visuals of a scene. It culminates in a 2-page panoramic shot of Bay standing at a rail overlooking the rest of the library at a dizzying height, reminiscent of the famous shot of the Library of Congress from All The President’s Men. Shiga borrows from film in this comic, but one could never imagine this comic as a film.

There’s no one else quite like Jason Shiga. The way he looks at comics as problems to be solved gives them a kind of narrative tightness that draws the reader in immediately and holds them. Combining that sort of precision with a delightfully loose line, warped sense of humor and fiendish sense of timing makes him one of my favorite creators. 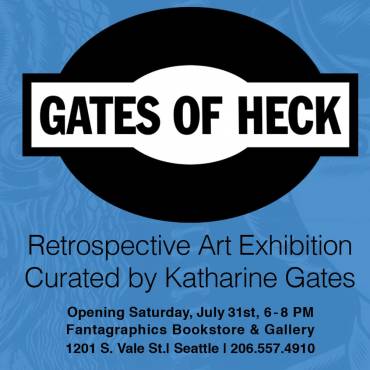 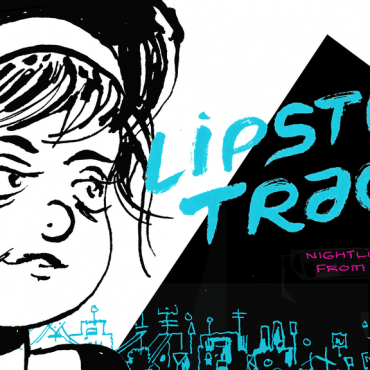 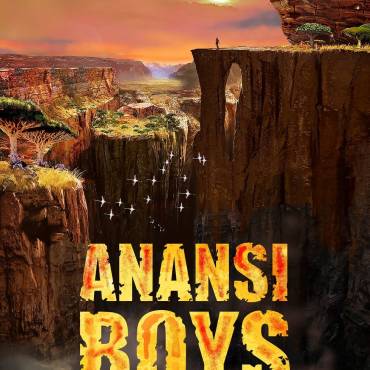