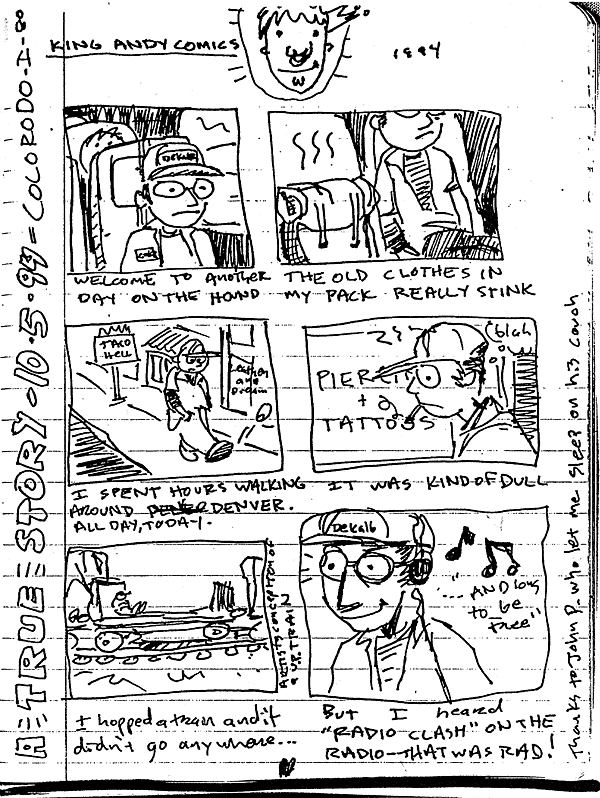 Back in 1994, while on zine tour for Andy’s Chair #3, I crashed on John Porcellino’s couch when he was living in Denver, Colorado. Shortly after that, while still on the road, I did this strip, in a crude imitation of the King Cat style. It was printed in my tour zine puppydoglove.

Anyway, the real reason I’m dredging up this bit of history is to let you know that – after a 13 year gap – Wow Cool is once again offering King Cat Comics and Stories to the world. All currently in-print issues of King Cat that do not have their contents collected (or are about to be) will be available from Wow Cool. So, that means we have issues 69-71 in stock. John will be putting out King Cat #72 very soon. That, and the previously published King Cat collections will be available from Wow Cool very soon. The book he illustrated for the National Film Board of Canada about skipping out on suicide – The Next Day – is also available right now.

John is currently on tour. Go see him if you can: