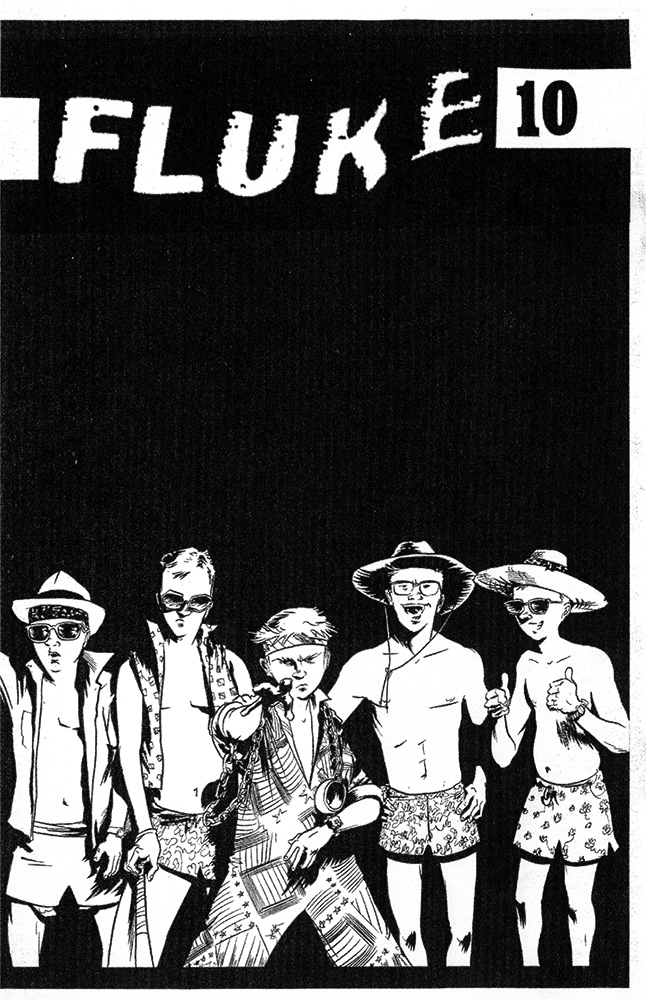 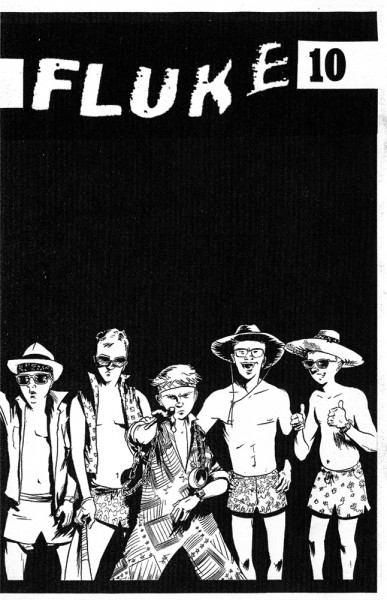 Brand new zine in the shop – the long running Fluke drops it’s tenth issue with cover art by Nate Powell (Swallow Me Whole, Any Empire). Steve Schmidt, Jason White and Matt started Fluke fanzine in North Little Rock, Arkansas in the summer of 1991. 21 years later and they finally hit double digits! this new issue has an interview with Burt Taggart of the Big Cats and Max Recordings label. Also interviewed are Mystic Knights of the Cobra and Alex the Russian (with a cameo by Angel Nova of the Phenomenauts) while at the kerPUNK! fest in LONDON!! Corbett Redford (Bobby Joe Ebola & the Children MacNuggits) interviewed Emily’s Army! Anna Joy Springer (BLATZ) talks about her new book in her interview. There is more cool stuff as well, but we’ll save that as a surprise to you. Get yours now.

You are invited to burn away several hours of your life on the long vertical climb that is the first-person adventure Against the Wall. Get the full scoop on Rock Paper Shotgun. For being only an alpha build of a game this is some seriously engrossing stuff. Falling never felt so good.

I’m going to my first San Diego Comic-Con International in a bit over a decade this July and am catching up on the best way to go about such a thing with Tom Spurgeon’s beyond comprehensive annual roundup on The Comics Reporter. If you’re going, you should too. Oh, and if you want to carpool down from the SF/SJ Bay Area and want to split gas money or want to split a room in San Diego, please contact me. Otherwise I’m flying down and staying near Lego Land. You’ve been warned.

Please go and read “We Have Been Here Before: The Creator’s Bill of Rights” by Chris Roberson. Chris recently announced he was quitting the corporate comics slave state and has much more to say that makes much sense. I think we’ll be seeing a bit more of the history of the Creator’s Bill of Rights from the people that were there in the coming days and weeks. If not, I’ve got plenty of that stuff lying around and a working scanner.

You like glossy photos of Tom Hart and Matt Madden teaching kids about comics? Here’s your fix of more on the School of Visual Arts (SVA) website. We have a few books recently added to the shop by both of those fellas you may want to check out, including Tom’s Daddy Lightning and both issues of Matt’s A Fine Mess.

OK. That’s it for now. Be good to each other.