Pay a visit to Reconstruction Records with Peter Ventantonio of Sticks & Stones! Tour Albany, New York’s Tulip Fest with Andy, Paul and Jason! See the members of Huasipungo scowling in back of ABC No Rio! Special appearances by Sam Henderson and Human Lard Dog!

Sadly this version is not the best quality. The raw footage was shot on VHSC… I want to go back and capture from that or the VHS dump of it. I did this edit on a crappy system at the old Schenectady public access. It chewed up the video and jumped at every edit. grrr. I was so disappointed that I never released it, and it was only shown a couple times. The encoding to get it on the web didn’t do it any favors either.

Andy’s Chair was a punk and comics and such zine created by Marc Arsenault. There were three regular print issues and a tour zine half issue called puppydoglove released between 1991-1995. The second issue included the Sounds of Suburban Dance compilation tape. 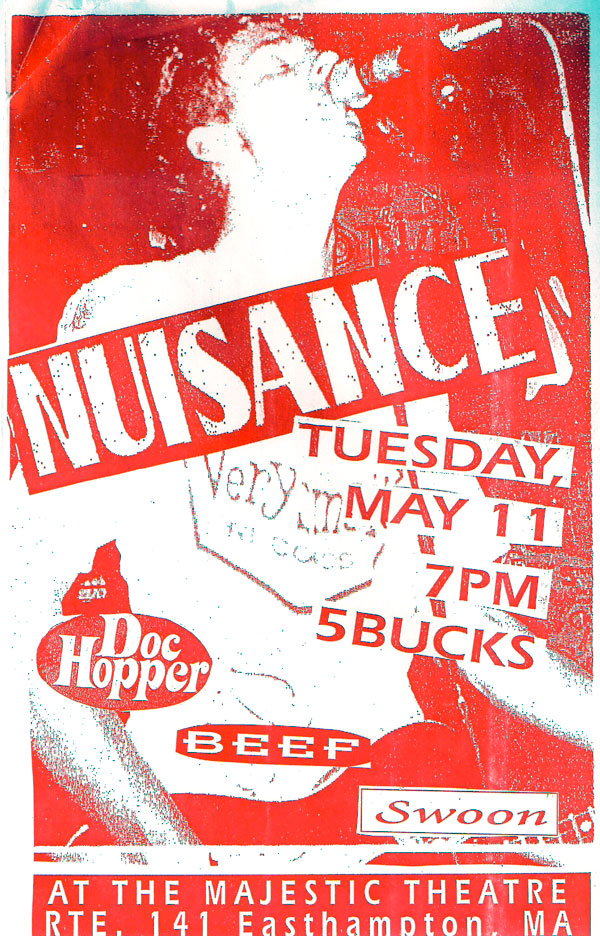 Poster for the Nuisance & Doc Hopper show that was taped for the episode.