The legendary San Diego Comic-Con International is happening this week. Instead of pissing and moaning about ‘where have all the comic books gone’ we will simply report on the comics news that comes out of the show that we think you might be interested in… bullet-list style. Follow it all where you will. This feature will be updated daily as long as there is news to report over the next few days. We’re not down there or anything, we’re just finding the best bits and arranging it for your enjoyment. News items will be sorted newest up top, oldest down bottom. We are hoping for some happy surprises. 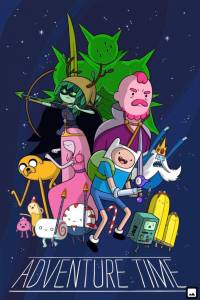 Not strictly comics, but considering the huge amount of comics talent involved in its production, it is worth noting that Adventure Time is coming to an end, and there was a gathering at Comic-con to say goodbye. (The Beat)

There was also a special Comic-con exclusive BLE Magazine Adventure Time unofficial zine passed out at the show. Neither you nor I are likely to ever hold one in our hands. A free PDF version has been promised for the near future.

On Saturday night at the San Diego Comicon, the 2018 Prism awards were announced. The goal of the awards is to recognize, promote and celebrate diversity and excellence in the field of queer comics. List of nominees and winners at Panel Patter.

The 2018 Inkpot Award winners are: Yoshitaka Amano, Marc Bernardinm, Cory Doctorow, Brian Fies, Deborah Harkness, Elizabeth Hand, Larry Houston, David Mack, Nichelle Nichols, Liniers, Brian Pulido, Randy Reynaldo, Eric Reynolds, Kevin Smith, Peter Tomasi and Shannon Wheeler. (We could not find a solid source to verify this information, but I know that two of these individuals were presented with Inkpots… so, hope for the best. The list is from Wikipedia.)

The Comics Beat has Saturday at Comic-Con ridiculously well covered. Highlights include: A Tom King Spotlight Panel; The Big IDW Panel; and, an interview with Noah Van Sciver.

Titan Publishing will be publishing a new edition of Dean Motter and Mark Asquith’s 1988 graphic novel, The Prisoner: Shattered Visage, which was last published by DC in 2000. (ICV2)

The Eisner Awards were presented on Friday night. Check out our complete coverage of the winners, nominees and special awards given at the ceremony.

Details start to emerge about the Ghost in the Shell: Global Neural Network anthology from Kodansha. The cover art will be by Dustin Nguyen (Descender). (CBR)

Joss Whedon to write new Dr. Horrible comic for Dark Horse. The one-shot Dr. Horrible: Best Friends Forever will be out in November (The Beat)

The 2018 Eisner Awards have been presented. We have the full rundown for you here on Wow Cool

Tom Spurgeon the Comics Reporter has his daily News & Notes From The San Diego Convention Floor post up. The hot takeaway from that is that Drawn and Quarterly has copies of two hotly anticipated books at the show: Julie Doucet’s Dirty Plotte collection and the complete Berlin by Jason Lutes.

The second wave of younger reader titles from the DC Comics Zoom and Ink imprints was announced. Creators of note on the books include Mariko Tamaki, Steve Pugh, Louise Simonson, Gene Luen Yang; and, most interestingly, the mega successful Shannon and Dean Hale on Diana, Princess of the Amazons. (The Beat, again!) 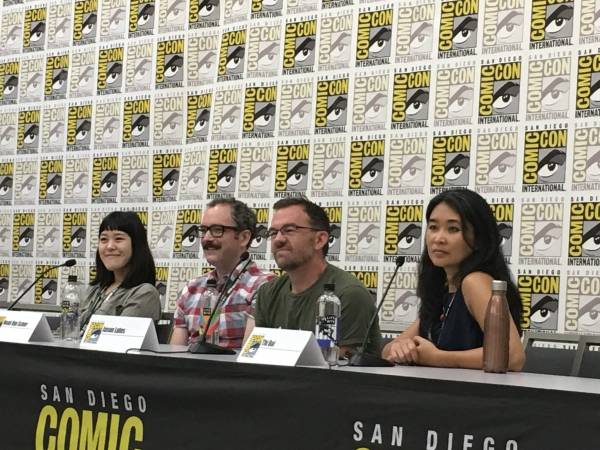 The highlight of the day may have been the “Writing and Drawing the Past” panel with Thi Bui (The Best We Could Do), Jason Lutes (Berlin), Noah Van Sciver (Johnny Appleseed), and Jen Wang (The Prince and The Dressmaker)

Nalo Hopkinson pulled back the curtain a little on her Sandman Universe title House of Whispers. (Newsarama)

Check out the lineup of actual comics-related programming at Comic-Con. That’s a wide field of content, interests and people. Something for everyone. We don’t know what it’s like for most Comic-Con goers, but in many other fields it is all about the programming at the trade show.

NEMO: The Classics Comics Library will be returning with editor Rick Marschall and publisher Fantagraphics. 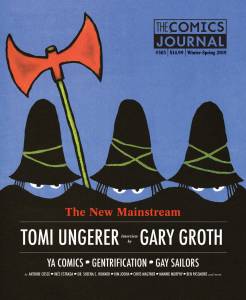